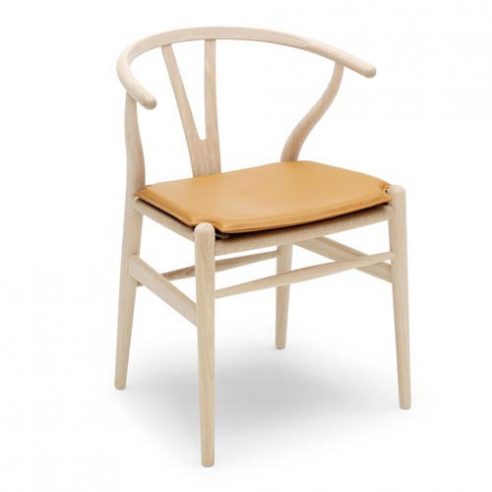 The Wishbone Chair designed by Wegner for industrial production is his most commercially successful design. Also known as the Y Chair, the Wishbone Chair has been produced for over sixty years by its original manufacturer, Carl Hansen & Son.

Attention to detail and artisanal proficiency were qualities that had always attracted Wegner Carl Hansen were fortunate that although employed by the firm to adopt an industrial approach in producing a chair, rather than designing along rectilinear

lines that would have been more machine-friendly Wegner decided on the free form solution for his Wishbone Chair.