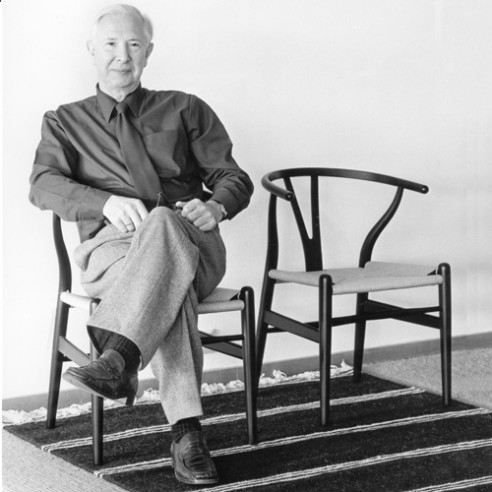 Inspired by classical portraits of Danish merchants sitting in Ming chairs, Wegner created series of chairs that helped establish Denmark as an international leader of modern design. The Wishbone Chair is considered to be his most successful design. Also known as the Y Chair the Wishbone has been produced in large volumes for over fifty years by the original manufacturer, Carl Hansen & Son

a chair, rather than designing along rectilinear lines that would have been more machine-friendly Wegner decided on the free form solution for his Wishbone Chair.