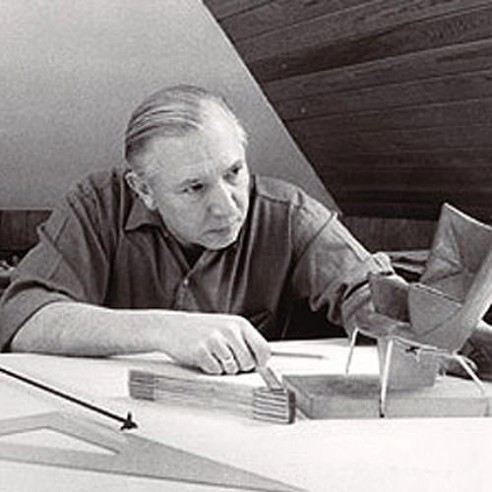 Wing chair CH445
Produced by Carl Hansen & Søn since 2006 the Wing Chair clearly bares a strong resemblance in its construction to the designers personal favourite from this period – the Ox Chair EJ100.

This is unsurprising as together with the Oculas Chair which Carl Hansen introduced in 2010 all three chairs were all drawn by Wegner in the same year for the then manufacture of his large easy chairs including the successful Teddy Bear Chair,  A. P. Stolen.

The common construction of this 1960 series of designs comprises of a seat, armrests and back of laminated ply supported on a frame of solid beech. Unlike the traditional upholstery materials necessary to shape the complex upholstery of the Teddy Bear chair which Wegner had designed a decade earlier, for this 1960 series of designs he choose the more economic and industrial material of moulded foam to

provide the shape and form of the upholstery..

These three large comfortable chairs all sit on a light almost transparent frame of tubular steel  and are perfect examples that demonstrate Wegner’s  cabinet making craftsmanship and sense of the sculptural form.  The latter being an interest Wegner had began cultivating as a boy in Tønder, when he loved woodcarving making a number of statuettes out of scrap wood from construction sites and the former, albeit in this instance, hidden beneath sumptuous upholstery.

As an easy chair, CH445  takes up a lot of room. In this way it continues in the tradition of Wegner’s three-part shell chair from 1949 and especially the Flag Halyard Chair, (pp225) which he also chose to fashion in a half-sitting/half-reclining position.

Like the Flag Halyard Chair the design of the backrest and the seat enables a variety of positions, always providing support for the back, shoulders, neck and head.

Wing Chair CH445 is available with the CH446 footrest.