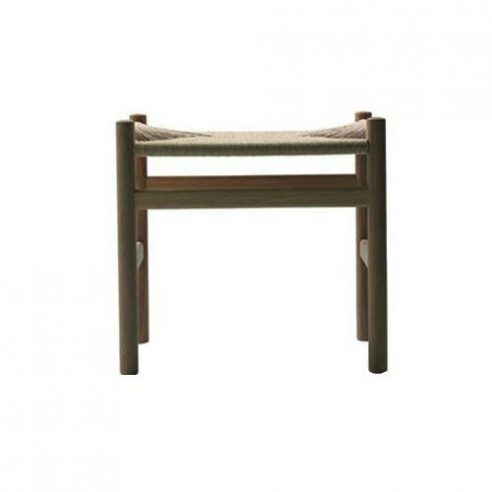 Designed by Hans J. Wegner in 1966, footstool CH53 has the same ascetic expression evident in the easy chair CH44 he had designed for Carl Hansen the previous year and the two designs compliment each other perfectly.

In common with his earlier design J16s for the FDB (Danish Co-operative Union) this stool by Wegner for Carl Hansen is also inspired by the aesthetically simple, self-produced furniture of the American Shaker community.

furniture for Carl Hansen & Son throughout the 1960s. The Shaker, a religious sect in the United States, comprising of northern European immigrants had since the beginning of the 19th century have lived in small communities.