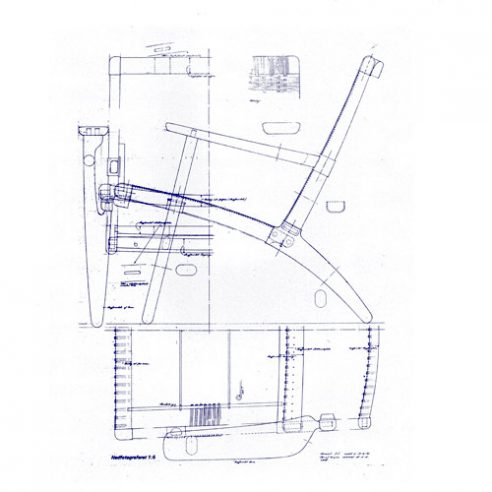 The Black Edition of the Carl Hansen chair CH25 was one of the first pieces of furniture Wegner designed for Carl Hansen & Son in 1951. First presented at the Fredericia Furniture Fair alongside a simple dining chair CH23.

These two Carl Hansen & Son chairs show a particularly clear kinship in their application of the same weaving technique, which in the easy chair entails the use of over 400 metres of papercord and ten hours of hand work. The effect is particularly beautiful in the dining room chair, where Wegner allowed the weave to continue down over the seat frame and side stretcher in a distinctive decorative pattern

young designers like Wegner and certain furniture manufacturers consciously attempted to steer consumers away from buying overstuffed sets of furniture and toward investing in individual pieces. The consumer could purchase pieces of furniture one at a time as needed, to use in a variety of combinations throughout the home. The furniture had to be sturdy, but easy to move around to make housework easier. It would also be mass-produced in order to keep the price down without sacrificing quality.