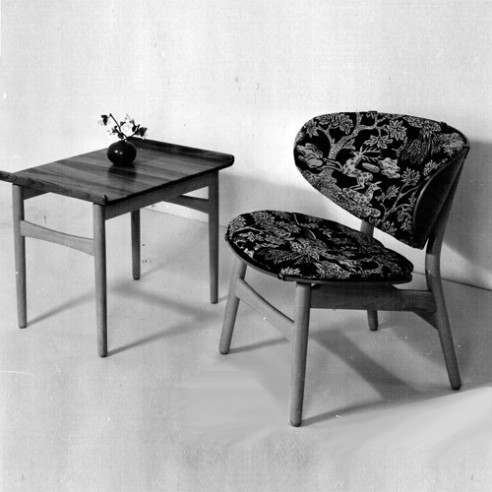 The Venus Chair was only named in 2014 by the British retailer The John Lewis Partnership when they re-launched the Chair and accompanying Bench GE1935 on the occasion of their 150th anniversary. These classic designs  had been out of production for over six decades since they had last been manufactured by the Danish company Fritz Hansen.

for the aircraft industry. In the 1940’s and 50’s Ray & Charles Eames were at the fore in developing some highly innovative and iconic designs exploring the potential of this technique.