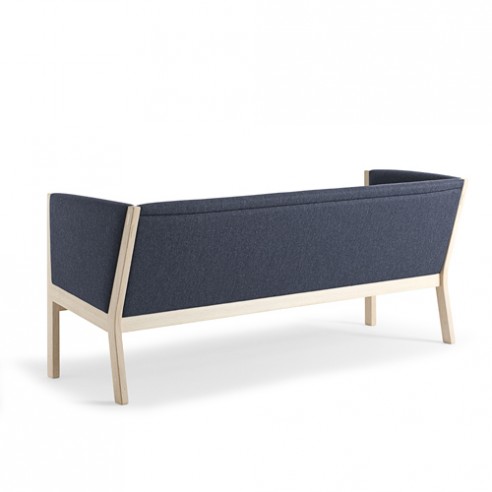 Wegner’s relationship with Getama A/S continued following his decision to no longer design for Salesco and he continued to design new furniture for the Company with whom he collaborated on many large interior design projects.

GE285 was designed as a compact sofa for educational and residential environments where space is at a premium.

for his sofas and soft seating designs

Wegner combined the companies expertise in mattress making with their wood working skills to design a series of chairs and sofas that have remained in continious production for over 60 years.

These compact sofas are produced with cushions formed in solid foam for use in residential  as well as in commercial environments such as reception or conference areas.