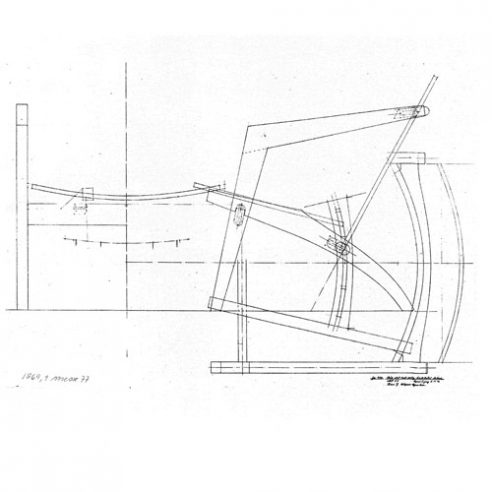 The seat shell is detached from the frame, making it easier to upholster, whereas the back is a load-bearing element of the chair’s construction. There is a V shaped cut-out at the base of the back that at first glance

appears to be ‘merely’ another empty space in the sculptural whole. In reality it is one of Wegner’s renowned construction details that serves to hold the upholstered back pad in place. This is because it is equipped with an upholstered flange that can be pushed up so that it sits visibly fast to the back of the chair. This not only holds the upholstery in place but serves as a decorative detail when viewed from the rear.

In the United Kingdom the Butterfly Chair is sold exclusively by the John Lewis Partnership and ourselves.