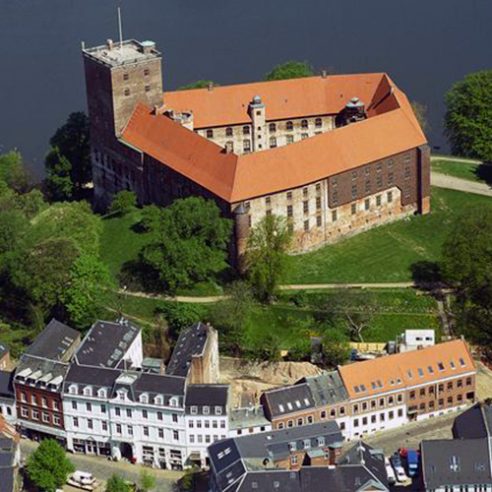 Hans J. Wegner was commissioned to design chairs for use in the public spaces and Chapel of the restored restored Kolding Castle Castle. The comfortable Koldinghus Chairs originally produced by cabinet maker Johannes Hansen are today manufactured in beech and oak with woven seats by Getama A/S.

The architects, preserved the ruins as a historical monument by protecting them under an ingenious structure of laminated wooden pillars supporting a new roof and floors.

Missing sections of wall to the south and east of the building are filled with a light wooden wall suspended from the roof and clad externally with shavings of oak.