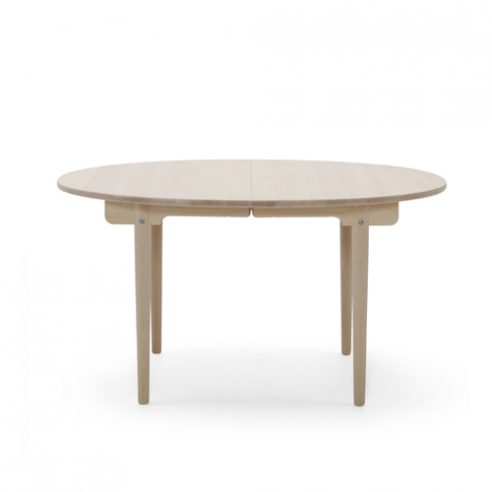 Designed as part of a series of  extending oval tables in 1962 for Andreas Tuck, table CH337 was added to the collection of Wegner designs produced by  Cal Hansen and Søn in 2011. Equipped with extension rails to accommodate  up to two 60 cm extension leaves the CH337 oval table is an excellent choice for rooms where space is at a premium. CH337 can extend to seat between six to ten diners.

The Wishbone chair produced by the Company since 1950 is one of many perfect choices for use around table CH337.

Elvind Kold Christensen. Christensen was an entrepreneur and salesman who dissatisfied with the quality of the furniture he was selling was inspired on seeing the Round Chair in

1949 introduced the young designer to five furniture producers who could produce furniture designed for mass production without compromising the quality of the furniture including table producer Andreas Tuck.