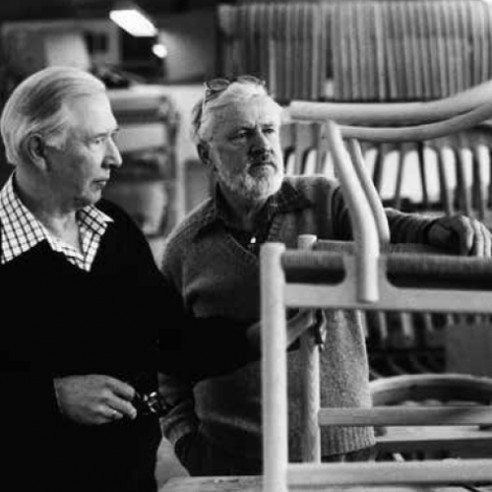 In 1943 Wegner was asked for help by furniture producer Fritz Hansen, who had been importing and trying to fabricate light, moulded wooden furniture. Because of the war it had become difficult to import furniture, as well as the timber required for the company’s own furniture production.

Feeling quite confident about the strength and agility of the pp66 Chinese Chair, Wegner was bold enough to develop the construction by designing a bench thus creating an even

stronger character. For Wegner this is the only example of a progression of shape and design from armchair to bench, and the Chinese Bench remains a unique and extraordinary accomplishment.

The Chinese Bench remained a prototype until 1991 when it was finally possible to put it into production, thanks to the pioneering experiments at PP Møbler with the pre-compression wood bending technique.

Still the Chinese Bench poses a great challenge to even the most skilled craftsmen, not merely because of the woodwork, but also because the long paper cord seat demands an unusual degree of accuracy in order to appear linear.