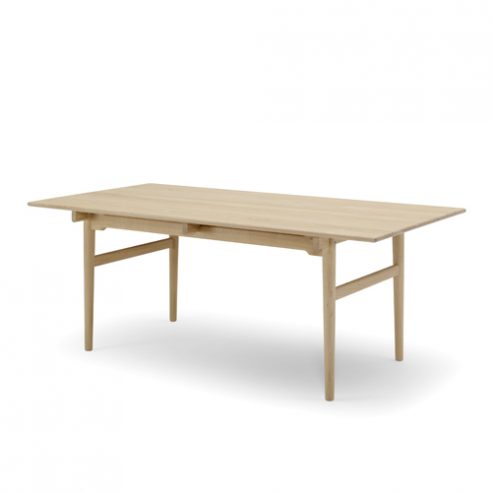 Originally designed as part of a series of  tables for Andreas Tuck in the 1960’s, model AT327  was added to the collection of Wegner designs produced by  Cal Hansen and Søn in 2011 and renumbered CH327.

By using upright pieces of timber to create an apron beneath the table surface Wegner created the impression of the top hovering above the supporting frame. This effect is further enhanced as the horizontal rails are set in from the tables leading edges. These design details contributes to the overall lightness of Wegner’s design.

many perfect choices for use around table CH327.