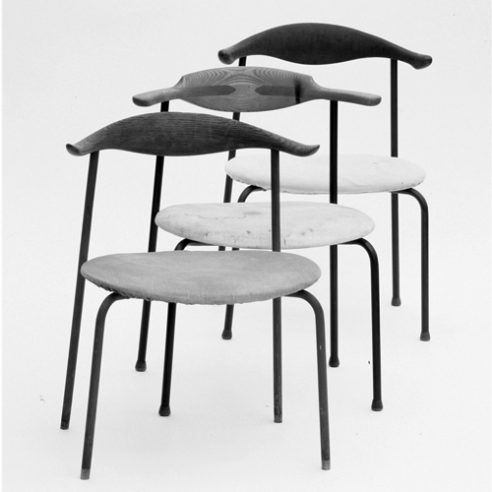 chairs at the great Nordic Design Exhibition, H55 held in Helsingborg, Sweden. Thanks to the exceptional location on the harbour pier stretching out into the Öresund and the light and airy design of the exhibitions architecture the chairs were viewed by over a million visitors. However, none of the three chairs although designed for Fritz Hansen were never produced by the company. The original chairs were finished with a small elegant wooded foot plugged into the end of the steel frames – a detail typical of Wegner making the most mundane detail visually interesting.