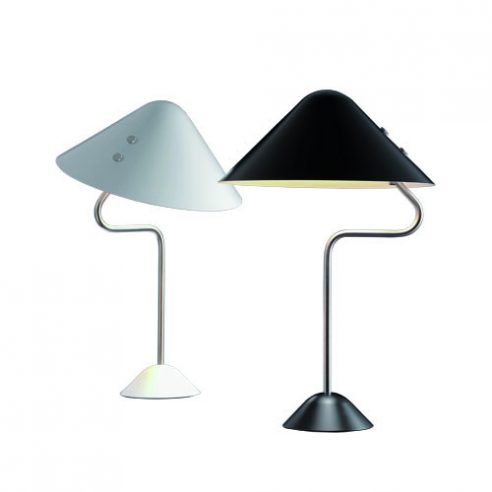 Jørgen Gammelgaard’s VIP series has been produced by Pandul since the Company launched the first designs in 1983. Table VIP, the last in the series was designed in 1985. In common with the rest of the VIP series, Table VIP has an adjustable shade that can rotate around its axis so that light can be directed where it is most needed.

Table VIP has been issued three times since it was first produced, on each occasion with a modified base and Pandul introduced this, the final version in 2015.

Vip is the Danish for twist and VIP series of lights was the result of a project Gammelgaard completed for a large hotel. The furnishing of the interior suggested the need for a lamp able to cast a light downwards and onto a wall.

The Table VIP shade is wet painted hand-spun aluminium and the supporting arm is in brushed stainless steel.