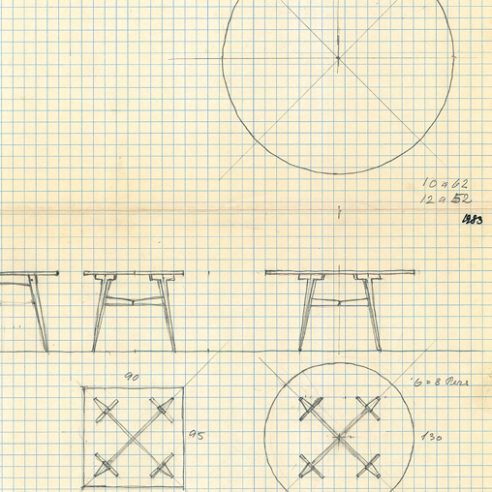 Legendary Danish designer Hans J Wegner often said he designed chairs that he would ‘use himself’, and this is evident in the ‘U’ table, which typifies Wegner’s signature style and is now available exclusively from Schiang (previously exclusive to John Lewis in the United Kingdom). Originally penned in 1970, it shares it is the perfect compliment to Wegner’s “U” chair, its simple wooden form made up of four legs tapering to support the table top.

Considered one of the leading designers of the 20th centuries, Hans J. Wegner’s designs were the first to be exported from Denmark in the 1950s, and established the “Danish Modern” movement.

The manufacturer of this piece, Getama, has been producing furniture designed by Hans J. Wegner for nearly 65 years. Getama still produce the same designs to this day, guaranteeing furniture crafted in compliance with Wegner’s original drawings and quality.