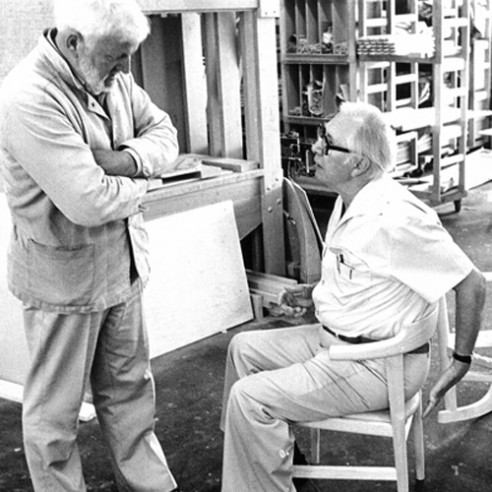 The three legged stacking version of the Final Chair is nonetheless remarkably stable as well as one of the most affordable of all Wegner’s chairs. Like its four legged counterparts the short armrests makes it easy to enter and move around the chair. The triangular shaped seat is perfect to fit the maximum number of chairs around a small circular table where space is at a premium. Like pp58 and pp68 it can hang from a