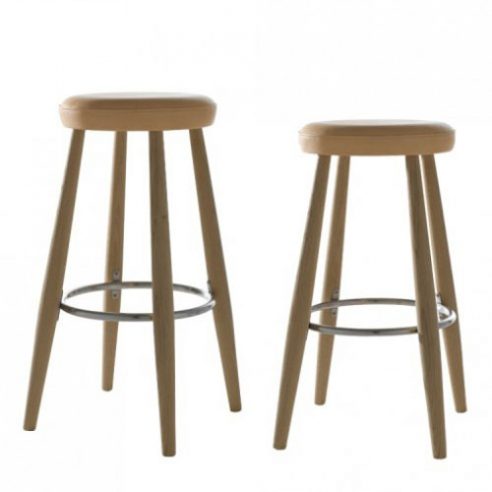 Stool CH56 together with a CH58 at the lower height of 68 cm were subsequently introduced by Carl Hansen and Son, initially as an exclusive design for Bulthaup only to sell alongside their kitchens.