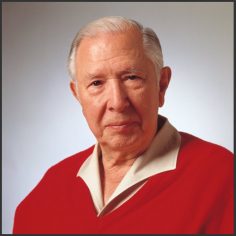 “I regard myself as a native of Southern Jutland, I feel my cultural heritage is rooted in Western Slesvig.  When walking around Tønder or visiting the old Sea Captains Cottage on Rømø I can not help but feel indebted to the artisans of the past who created the beautiful handcrafted artefacts from this region”

Back to Wegner’s biography>> 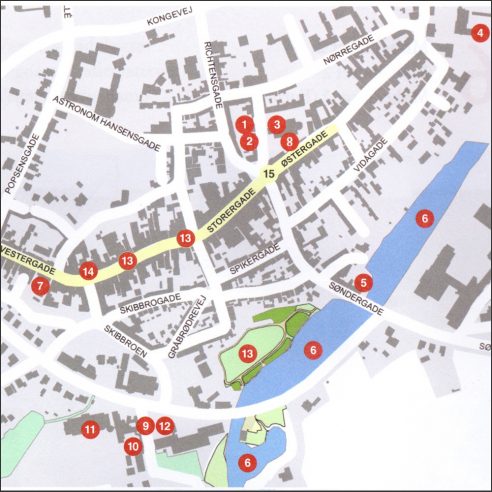 On the map of Tønder opposite you can find locations that were of significance to Wegner. 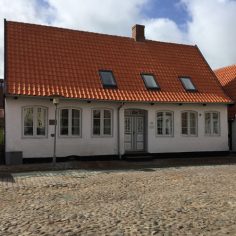 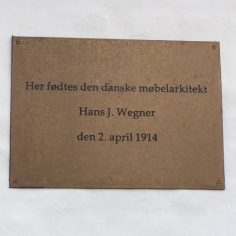 Hans Jørgensen’s parents were Peter Mathieson Wegner and Nicoline Wegner, née Lausen,  the daughter of an innkeeper from Sæd Mark. Peter Mathieson Wegner a Master shoemaker had opened his business based in the family home on Smedegade in 1908. The 1925 census shows the house was then occupied by the family consisting of the two parents, Hans and his brother, Heinrich Franz (b. 1911) their fraternal grandmother, another relative Augusta Otila Johannsen plus a journeyman shoemaker and two apprentices. It was not uncommon for apprentices to be given room and board at this time. 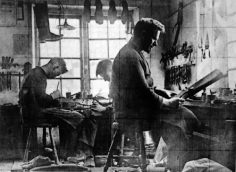 Peter Mathieson Wegner a Master shoemaker had opened his business based in the family home on Smedegade in 1908. Wegner later recalled how he often borrowed tools from his fathers workshop to use on his carvings usually made made from oak which he salvaged when houses were being demolished.

Church Square and the Church Tower . 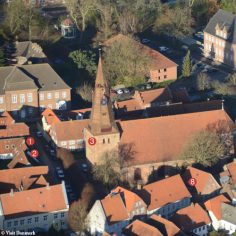 Adjacent to Wegner’s home is Church Square. Hans and his brother Heinrich attended Sunday School and were allowed by the sexton to climb the church tower to assist ringing the church bells. It was in the Church tower that Wegner’s mother, Nicoline hid provisions for the family from the German army during WW1. 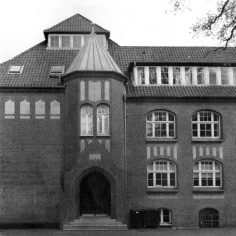 Tønder’s Statsseminariums Øvelsesskole, a state run Teacher prep school was established in 1920 around the same time Wegner began his formal education. Wegner was conscientious at School but perhaps not a model student. His favourite subject being gymnastics. 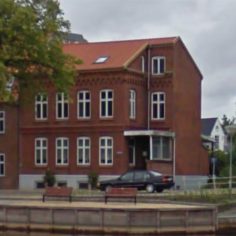 When Wegner was 65 he reflected on the influence on him of Marius Jacobsen, a teacher from the school. Wegner remembered with affection how Jacobsen, who had experienced the depravations following the First World War on the town, spent his free time with his students, opened his home to them and ice skated with them in the winter.  In the 1979 article by Kirsten Risgaard, he commented that he believed it was Jacobsen who “taught him to see”.

Leisure time on the Vidåen.

HJW sailing on the Viåda stream in Tønder © Wegner family archive.
Wegner played in  the surrounding country side around Tønder liked animals and birds, swam in the local creek, Vidåen where he sailed homemade canoes on the river during the summer. He later recalled that although he did not fish himself he would accompany his friends to the creek to observe and use them as subjects for his drawings. 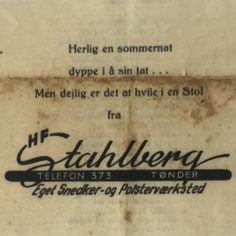 The workshops of H. F Stahlberg, Wegner’s mentor and teacher were typical of the cabinet making profession of this period, a small scale operation with few apprentices producing everything by hand. 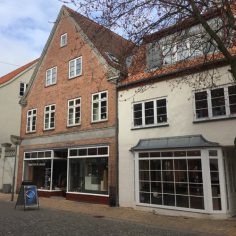 After Wegner completed his apprenticeship the family moved to No. 8 Østergade where his father had opened a new workshop. Having completed his apprentiicship as a cabinet maker aged 17 Wegner gained work at Stahlberg’s workshop. He moved with the family to Østergade 8 where his father opened a new workshop in the buildings facing the church. Wegner lived at this address until 1935 when aged 21 he was eligible for military service. On completing his service in November 1935 Wegner decided that he wanted to open his own workshop and design his own furniture and in 1936 undertook a cabinet making course at Teknologisk Institutin order to gain admittance at the School of Arts and Craft in Copenhagen.

Wegner was never to return to Tønder to live or work. 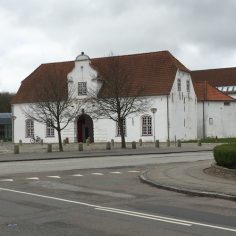 The Museum in Tønder is a prize winning museum for Nordic art and design. One of its main focus areas is to describe the major role that Wegner played in the history of furniture design in the mid 20thCentury.

The Water Tower and Gift of Chairs. 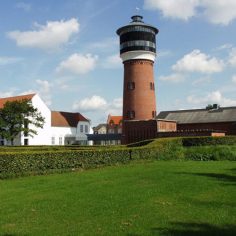 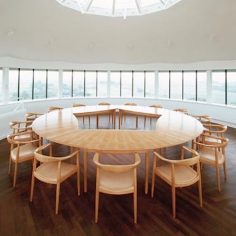 In 1993 the water tower in Tønder was renovated and converted to house the Wegner museum. The museum’s collection consists of 36 of the designers chairs donated to the town by Hans and Inga Wegner. 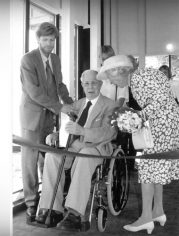 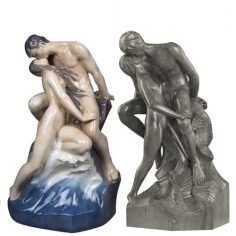 Wegner was one of the few visitors from the town to the Museum which had opened in Tønder in 1923 where he found inspiration for some of his early woodcarvings. These early pieces such as those inspired by the porcelain figures he saw in the museum such as ‘the wave and the rock ‘ by Theodore Lundberg demonstrate a clear grasp of three dimensional space at an early age in their execution. 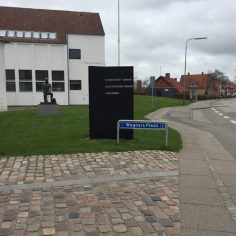 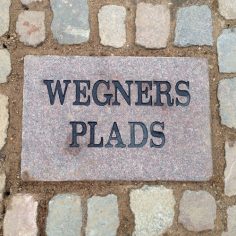 To mark the Centenary of Wegner’s birth the square in front of the Museum was re-named “Wegner’s Plads”. 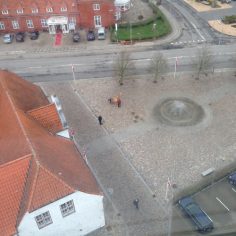 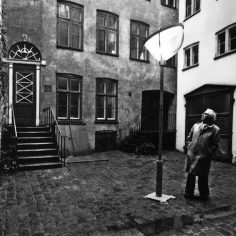 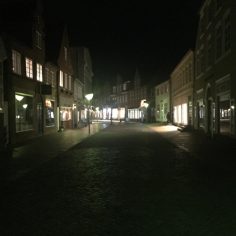 In 1975 Wegner and his daughter Marianne collaborated on the design in a competition concerning streetlamps for environments worthy of preservation. . The lamp went into production two years later after a few revisions and can be seen installed in the town centre of Tønder. 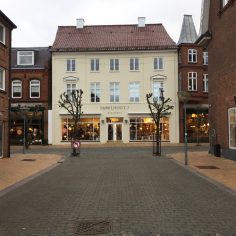 Many of Wegner’s furniture designs can be found on display in Møbelhuset 2, one of Denmark’s premier furniture showrooms. 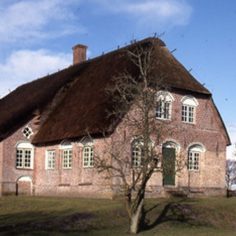 <<<Back to Wegner biography